On A Mission to Contribute to
Science & Scientific Knowledge 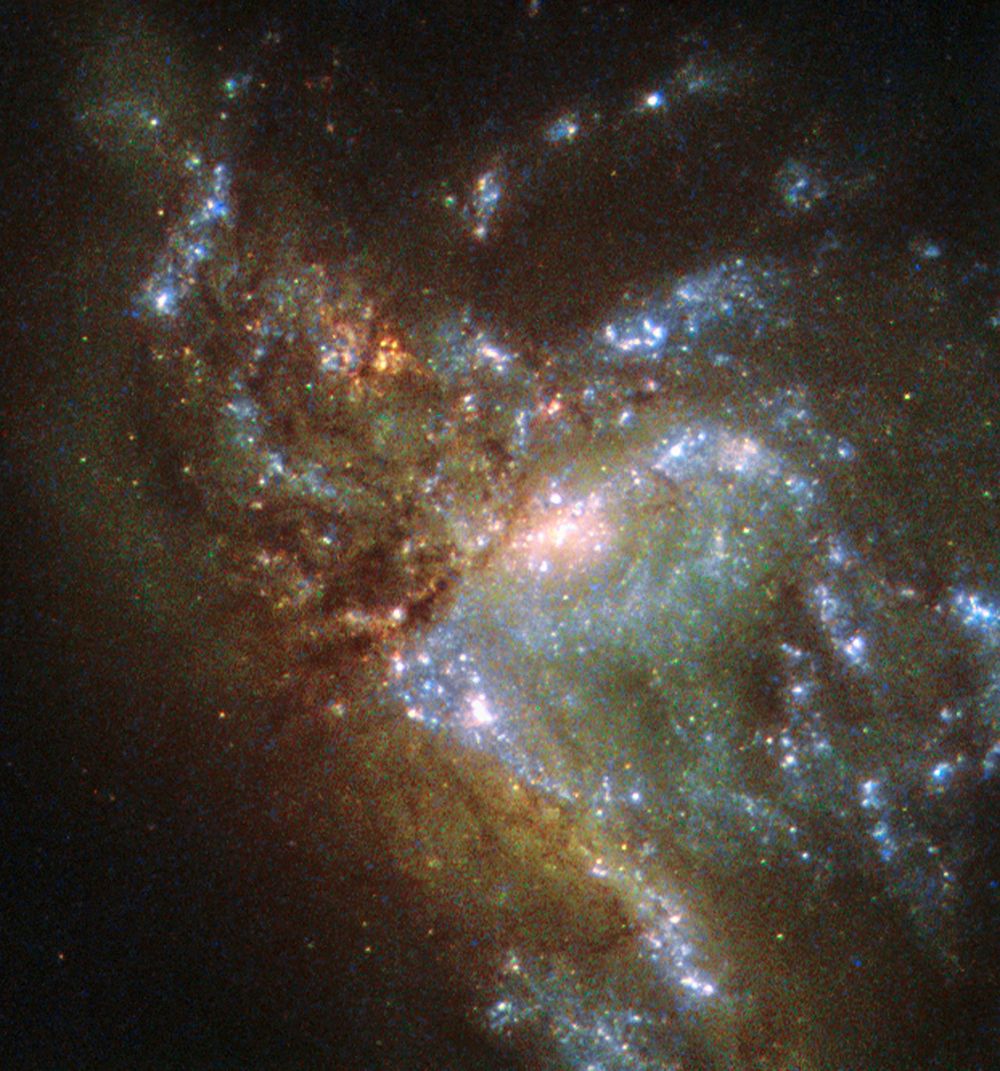 NASA discovered something truly epic roughly a far-away 230-billion light years from Earth. The Hubble Space Telescope image above shows 2 large galaxies, each galaxy containing billions of stars and an untold numbers of planets, all interacting and merging.

However, the residents of that distant-galaxy-far-far-away living on the likely billions of planets in the two colliding galaxies need not worry too much because the individual stars are spaced far apart from other stars (but you can't necessarily tell that from looking at the photo) so the real likelihood of collisions is actually quite remote.

How many stars are in The Universe? Astronomers and scientists have in the recent past believed there are from 100 billion to a trillion galaxies in the-cosmos. Each galaxy including our own Milky Way Galaxy is thought to contain from 100 billion to a trillion stars. Carl Sagan, the famous Cornell University scientist (of the Cosmos Book and TV show fame) was well known for saying "100-billion galaxies, each galaxy with 100 billion stars."

Recently scientists say the number could easily be significantly greater (ranging in to sextillions) because some elliptical galaxies which account for roughly 1/3 of all galaxies have a staggering 1-trillion to 10-trillion stars each, which is an incredibly big number.

A sextillion is a trillion times 100 billion. 300 sextillion shown as a digital number is a 3 followed by 23-zero's. That's an incredibly huge number beyond ordinary human understanding. It's even difficult for astronomers who are comfortable dealing in light years and very large numbers to comprehend a number as big as sextillion. 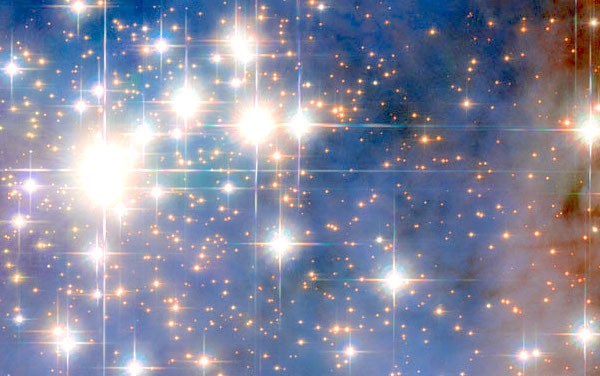 Dozens of stars looking like brilliant glittering diamonds in this beautiful new photo above taken by the Hubble Space Telescope of the star cluster known as Trumpler-14. This cluster of stars consists of about 2,000 comparatively young stars in our own Milky Way Galaxy located relatively nearby (based on massive astronomical standards) about 8,000 light-years from The Earth in the Carina Nebula.

The Trumpler 14 star cluster is considered quite young at only 500,000 years old. Earth's sun, by comparison, is far-far older at about 4.5 billion years. The brightest star pictured above is a super-giant roughly 80 times larger and a stunning 2.5 million times brighter vs our sun.