Freemasonry and a Modern President 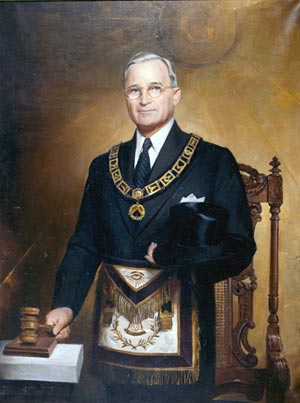 Caption: Color portrait of President Truman in the regalia of Grand Master of the Grand Lodge of Missouri, a post that he held from 1940 to 1941. This portrait, painted by Greta Kempton, was unveiled in 1949. (NLHST #67-938)