What Is a Stroke?

What Causes a Stroke?

Who Is at Risk for a Stroke?

How Is a Stroke Diagnosed?

How Is a Stroke Treated?

Life After a Stroke

The two types of ischemic stroke are thrombotic (throm-BOT-ik) and embolic (em-BOL-ik). In a thrombotic stroke, a blood clot (thrombus) forms in an artery that supplies blood to the brain. 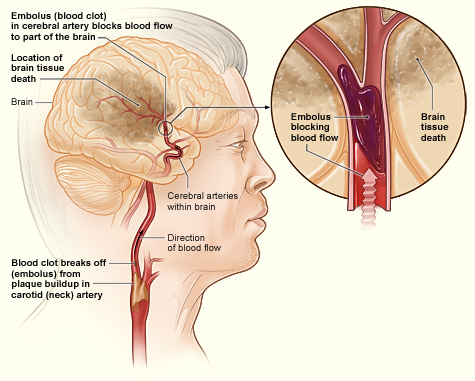 The two types of hemorrhagic stroke are intracerebral (in-trah-SER-e-bral) and subarachnoid (sub-ah-RAK-noyd). In an intracerebral hemorrhage, a blood vessel inside the brain leaks blood or ruptures. 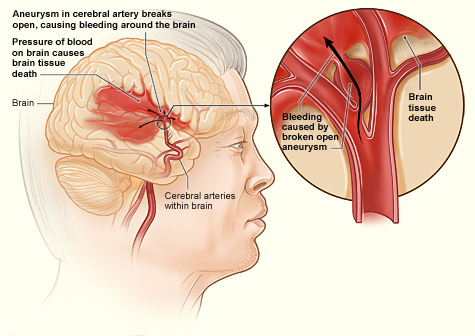