Naturopathy, also known as naturopathic medicine or natural healing, is an alternative natural medical approach and a system of natural healing and health beliefs which have slowly evolved over time in different cultures and areas of the world. Natural healing and naturopathy is based on health care approaches especially popular in Europe, Germany in particular and more so in the 19th century, but also includes natural therapies from both old and modern medicine and from other medical traditions. In natural healing the main emphasis is based on supporting and maintaining ongoing good health by following a natural path and using natural methods as opposed to mainly fighting disease with drugs and medications. 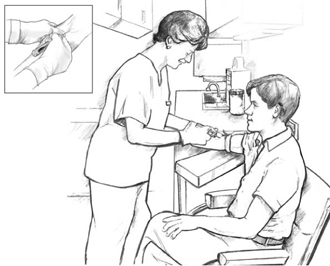 A Description of Natural Healing Naturopathy

Naturopathy is a nature-based medical system with its roots in Germany. It was developed more in the late 19th and early 20th centuries in the USA, where today it is part of complementary and alternative medicine. 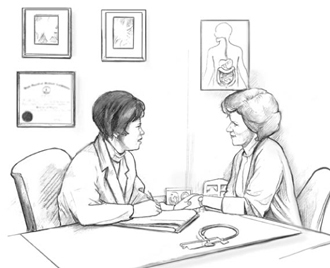 A strong belief in natural health and in nature having healing power (a principle called vis medicatrix naturae). Another belief is living organisms (including the human body) have the power to maintain (or return to) a state of balance and health, and to heal themselves. Natural health teachers use treatment approaches they consider to be the most natural and least invasive, instead of using drugs and invasive procedures.

Naturopathy was named and popularized in the United States by Benedict Lust, who was born in Germany in the late 1800s. When Lust became seriously ill with what he believed was tuberculosis, he was treated by a priest and healer in Germany named Sebastian Kneipp. Kneipp's treatment was based on various healing approaches and philosophies that were popular in Europe, including:

Lust found his health much improved from Kneipp's treatment, and when he immigrated to the United States at the turn of the 20th century, he was dedicated to popularizing it. He gave it the name naturopathy, led the way in developing it as a medical system in the United States, and founded the first naturopathic college and professional association.

In natural health's early years, other therapies were added to its practice-for example, homeopathy. A whole medical system that originated in Europe. Homeopathy seeks to stimulate the body's ability to heal itself by giving very small doses of highly diluted substances that in larger doses would produce illness or symptoms (an approach called "like cures like") and manipulation.

Using controlled force to a joint, is moving it beyond the normal range of motion in an effort to aid in restoring health. Manipulation may be performed as a part of other therapies or whole medical systems, including chiropractic medicine, massage, and natural health. (a hands-on therapy).

Naturopathy's popularity reached its peak in the United States in the 1920s and 1930s. However, its use began to decline when drugs (such as antibiotics) and other developments in conventional medicine. Medicine as practiced by holders of M.D. (medical doctor) or D.O. (doctor of osteopathy) degrees and by their allied health professionals such as physical therapists, psychologists, and registered nurses moved to the front of healthcare.

Naturopathy began to reemerge in the 1970s, with more consumer interest in "holistic" health approaches and the founding of new naturopathic medical colleges.

Today, natural health is practiced in a number of countries, including the United States, Canada, Great Britain, Australia, and New Zealand. Survey findings on the number of Americans who use natural health are shown below.

Americans' Use of Naturopathy

In a national survey on Americans' use of CAM, published in 2004, just under 1-percent of the 31,000 survey respondents had used natural health. These respondents reported that they used it because they:

One more area of natural health involves the study of the human eye and iris, which is known as iridology:

Iridology is an alternative medicine method whose supporters believe colors, patterns and other features of the eye's iris can be examined to evaluate a patient's health. Iridology practitioners compare observations to "iridology eye charts" which divide the iris into zones which correspond to parts of the body. Iridologists consider the eyes as 'windows' into the body's overall health.

Iridologists use iridology eye charts to compare healthy bodily systems and healthy organs vs ones which are inflamed, distressed or overactive. Iridology natural health practitioners believe this information may be used to demonstrate a patient's susceptibility towards certain illnesses, to reflect past medical problems, or to predict later consequences of health issues which may be in early development stage or well underway.

A widely used for healthy eyes iridology chart correlates the left-eye iris (as viewed in a mirror), with portions of the left-side of the body. The right eye iris corresponds to the bodies right-side. Changes with eye colorization and appearance of the iris indicates to the holistic health practitioner likely changes to body health in the correlated area of the body.

Side Effects and Risks of Naturopathy

Health Tip of the Day