Learn about Baptism and Performing a "Baptism for the Dead"

Getting Baptized is necessary to enter the Kingdom of God. That means all people must have an opportunity to be baptized. That includes everyone who has died. Baptized people are also asked to also keep His Commandments, either in this life, or in the spirit after-life, which takes place after their death on Planet Earth.

God (the Heavenly Father) has provided a method for all people in the world who have ever lived, past, present or future and regardless of their race, religious beliefs or ethnicity to enter Heaven. People who have already passed-on will have a chance to accept or reject the gospel of Jesus Christ and thus be admitted to Heaven.

Regular baptisms, like the young girl pictured above, and the Church Elder with white-gown participants ready for underwater baptism pictured below, are done for children starting at age-8, and adults of any age.

Exactly what is a Baptism-for-the-Dead By-Proxy? Why do a "Baptism for the Dead"

Our Lord and Savior Jesus Christ taught us a baptism (especially when fully submerged under water) is a way for salvation of all people who have ever lived on Earth, or who will ever live on planet Earth. Everyone may receive the wonderful blessings of getting baptized and you can do this by performing a proxy type of baptism-for-the-dead on behalf of those who have passed-on.

What is Hoped to be Accomplished by doing Baptism's for the Dead?

Some people don’t always have a chance to be baptized in this lifetime (like the fortunate ones pictured on the left did), so when the non-baptized while living are gone they still have an opportunity to be baptized and fully accepted into heaven, baptisms for the dead can provide that acceptance. 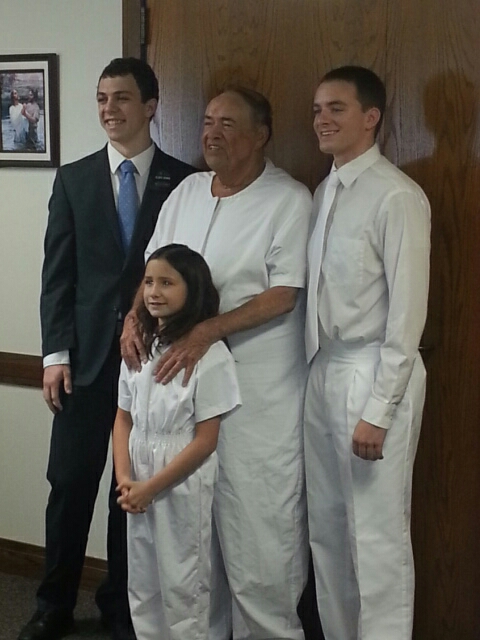 How Old is the Practice of Baptizing the Dead?

The founder of The Church of Jesus Chris of Latter-day Saints; Joseph Smith, introduced baptisms for the dead ceremonies in 1840. Baptizing for the dead is not a new tradition the Mormons have been performing.

It was something early Christians were doing, becoming customary about the time "John the Baptist" baptized his cousin Jesus Christ in the River Jordan.

Can non-Christians or other denominations receive baptism for the dead, or limited to LDS Members and Christians only?

To my knowledge, the LDS Church is the only religion that has a way to allow the dead to receive baptism. The Bible says that to get into heaven, one must be baptized. Are those who die without baptism barred forever from heaven? What about the good people in the far-reaches of the earth that have no chance to be baptized before they die?

Mormons believe everybody should have a chance to get into heaven, even if they were Jewish, Muslim, Hindu, Buddhist, Catholic, Protestant, Evangelical, Atheist or any other belief, while they were alive. But they have to be baptized, either before or after death, preferably before of course.

Like Joseph Smith, all Mormons believe strongly in Faith, as was eloquently stated by Paul and later by Joseph Smith in "We Believe" Article-of-Faith #-13 >>>>>

Therefore, The Church of Jesus Christ of Latter-day Saints and LDS Members perform baptisms and other necessary ordinances so they meet the baptism requirement necessary to allow them to gain entry into Heaven.

That assumes they lived a reasonably good life on Earth and made efforts to repent their sins, as they return to God as a Spirit once again.

It's important to keep in mind that everyone was originally a Spirit living with God in Heaven long before being born on Earth, and then returning to God as a Spirit again.

Since we cannot judge who qualifies or does not qualify, LDS Church desires to baptize as many people as possible. Baptizing a dead person does not make them a Mormon. But at least the baptism requirement is completed should they choose to accept it and if they are worthy to make it to heaven.

This inspiring, wonderful and interesting principle of allowing us to help our dead ancestors is one of the most beautiful aspects of the gospel. We love my ancestors and want to see them in heaven. This question was addressed by Gary Stringham here.

What are Mormon Baptisms for the Dead Ceremonies Like?

These special baptisms take place inside Mormon Temples located thru out the world. The special service is limited to attendees who are members of the Church of Jesus Christ of Latter-day Saints. 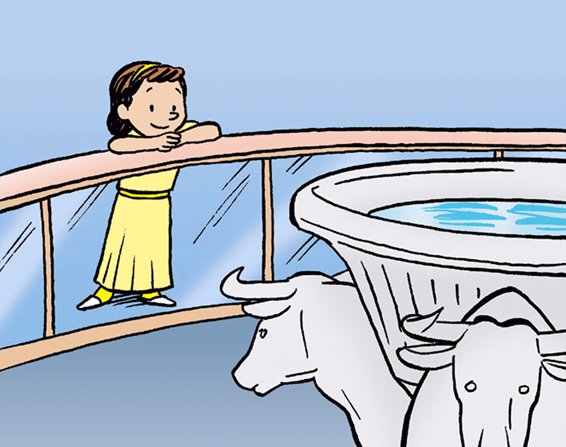 A Temple baptism for dead is done in a special and beautiful decorative font, used only for that purpose (not for regular baptism).

Church members volunteer to perform these baptisms while they read the names of the dead. Youth or young members of the LDS Church are encouraged to participate in these baptisms.

How does the Church Decide who will get Baptized?

Mormons encourage people to baptize the dead in their families going back four generations. The Church is constantly going through parish and public records, wills, deeds and every other genealogical source so they can extract names and put these people thru the temple baptisms-for-the-dead process.

No one knows for sure how many baptisms for the dead have been performed, but we are guessing many millions. Of course, there's no way to prevent someone to get baptized for you after death, however, you have the choice to accept or decline it.

Some baptisms for the dead have been performed for Jewish holocaust victims but wasn’t right because of their faith. LDS church has worked with Jewish groups to stop this practice.

Are People Baptized after Death necessarily considered to be a Mormon?

No, because the belief in Mormons provides the people who have passed on the choice and unexpected opportunity to join the Church of Jesus Christ of Latter Day Saints but it is not mandated or obligated to join.

They are not sure the people who have died who were not Mormon have in-fact actually accepted Jesus Christ after they had already passed away.

This interesting and unique process is somewhat like writing a persons name on the "guest list book" in that the person may not be able to get in immediately but they still have a golden opportunity and future chance to make it!

Please read the Articles of Faith

A Suggested Day of Rest is Sunday The Sabbath Day

Read Notes About This Domain Name

BaptismForTheDead.com - We have owned this great Christian and Mormon related domain name since year 2014. This domain has substantial value by being the best name ending, which of course is dot-com. There are more than 250,000 results in Google on a "baptism for the dead" search.

Why is this domain-name available? There are two reasons: the owner is retiring; and this name is no longer used or needed because in the past its web-page was used to improve our then developmental large site and deliver more internet-traffic to the portal websites, now finished.