Confessions of a Closet Vegetarian

As a Hindu, I don't eat meat--even when I have to cook it for others. I also don't preach what I practice. 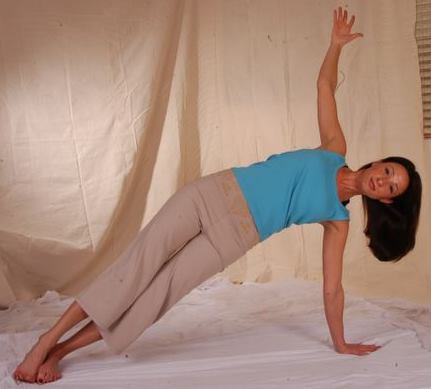 Relatively few Hindus know that there's an art to flipping hamburgers. When the burger hits the grill, you can't press too hard with the spatula, or the flattened burger will later poke un-aesthetically out of the bun. You have to flip it at just the right moment so the beef is imbued with a smoky flavor without removing its juiciness. I am a Hindu who flipped burgers for a living all through college. I had grown up in a devout Hindu household in India, but when I came to America to attend Mount Holyoke College, like most undergraduates, I needed money. For the princely sum of $5 an hour, I worked at the college cafeteria, flipping burgers for the lunch line.

While interviewing for the job, I didn't tell my supervisor that not only was I a vegetarian who had never eaten a burger in my life but that eating beef was against my religion. What was the point of telling a ruddy, plump man surrounded by frozen beef patties about the sin associated with killing cows? Besides, I wouldn't have gotten the job.

So I wore white plastic gloves and tried to ignore the fact that the speckled brown patty on the grill was once a cow like those that villagers in India worshiped as Kamadhenu -- the mythical "wish-cow" that granted anything a devotee wished for. When the smell of beef got too intense, I resorted to covering my face with a mask, telling my bewildered supervisor that I felt a cold coming on and didn't want to infect anybody.

When I called my anxious parents to assure them that I had a job, I didn't tell them that I was flipping burgers. Instead, I vaguely murmured the words "cafeteria" and "lunch line." What was the point of telling my mother, who didn't even eat at restaurants that served meat, that her only daughter flipped hamburgers? She would have demanded that I return to India immediately and held elaborate purification ceremonies to rid me of my bad karma. Telling my parents that I was touching beef, albeit through white plastic gloves, would only make them conjure up images of the butcher shops in Madras, where meaty, red-veined carcasses caused passing Hindus to avert their eyes and mutter a prayer. Besides, the meat I touched was a sanitized slab that bore no resemblance to the organic shapes that dripped blood in those butcher shops.

As an immigrant Hindu, my life is full of such paradoxes. Frequently, I am confronted with images that ought to offend me, but the society I am in removes the context of that offense.

On another occasion, while I was on a business trip to Argentina, a wealthy Buenos Aires investor invited a group of us to his home for dinner. After cocktails and polite conversation, he proudly led the group to his backyard to show us what we were going to have for dinner. A whole cow was roasting over an open fire, dripping juices that made the fire crackle. My husband--also a vegetarian--and I glanced at each other and walked back into the house, covering our mouths with handkerchiefs. How does one inform a genial host that he has committed sacrilege? We did not.

What surprises me about those two incidents is not my sense of moral outrage but my lack thereof. For me, being a vegetarian is not a political statement. It is not a battle where I lecture others about how they are besmirching their bodies by eating meat. I don't seek to convert others to vegetarianism. I just want to be left alone to practice my own. What is the point of preaching vegetarianism in a country where McDonald's and Burger King are ubiquitous? And what leg do I have to stand on when other Hindus I know are themselves eating beef? Sometimes, I wonder if I am being too passive. After all, the Hindu religion states that eating beef is a sin. The Rig Veda venerates the cow as representing the maternal aspect of the earth, since it is the source of milk, ghee, butter, and yogurt, essential elements of a Hindu meal. In Indian villages, cows are an integral part of a Hindu household and frequently roam around fenced backyards. They are given a sacred place in rituals and ceremonies. Both Hinduism and Jainism--two religions that originated in India--venerate herbivorous animals, which seek nothing more than hay or grass, in exchange for which they give us everything they produce.

When I read stories from Hindu mythology to my daughter, I think I ought to stand on my soapbox and tell the world to treat every living thing with respect. I tell myself to be more assertive and vocal about my beliefs, even if I am in a minority. But preaching is harder than practicing. Part of the reason is that Hinduism, like Judaism, doesn't seek to convert or proselytize. For me to tell my Hindu friends that they are sinners because they eat beef is an anathema. It is a level of evangelism that I haven't yet found the courage or desire to indulge in.

So for now, I won't flip burgers because I don't need the money anymore. I won't dine at steakhouses, even if I am invited, because the smell grosses me out. I will not step into fish markets because the beady eyes of dead fish make me want to retch. I may even write a column espousing vegetarianism. But for me to assume a mantle of moral rectitude simply because I don't eat meat involves taking ownership of something that goes beyond a food preference and accepting how intertwined it is with my world view and value system. It involves, in a sense, coming out of the closet. For that, I am not ready. Yet.

Shoba Narayan is a free-lance journalist based in New York City. She covers finance, technology, food and culture and has contributed to The Wall Street Journal, The New York Times, Boston Globe, Newsweek, Gourmet, New Age, House Beautiful, New Woman, Swing, Institutional Investor, Internet World, React, and Little India, among other publications. Her essays and commentaries have appeared on National Public Radio's All Things Considered Weekend. Shoba is a graduate of Mt. Holyoke College and the Columbia Graduate School of Journalism, which awarded her a Pulitzer Traveling Fellowship as one of the top students in her graduating class. She lives in Manhattan with her husband and daughter.